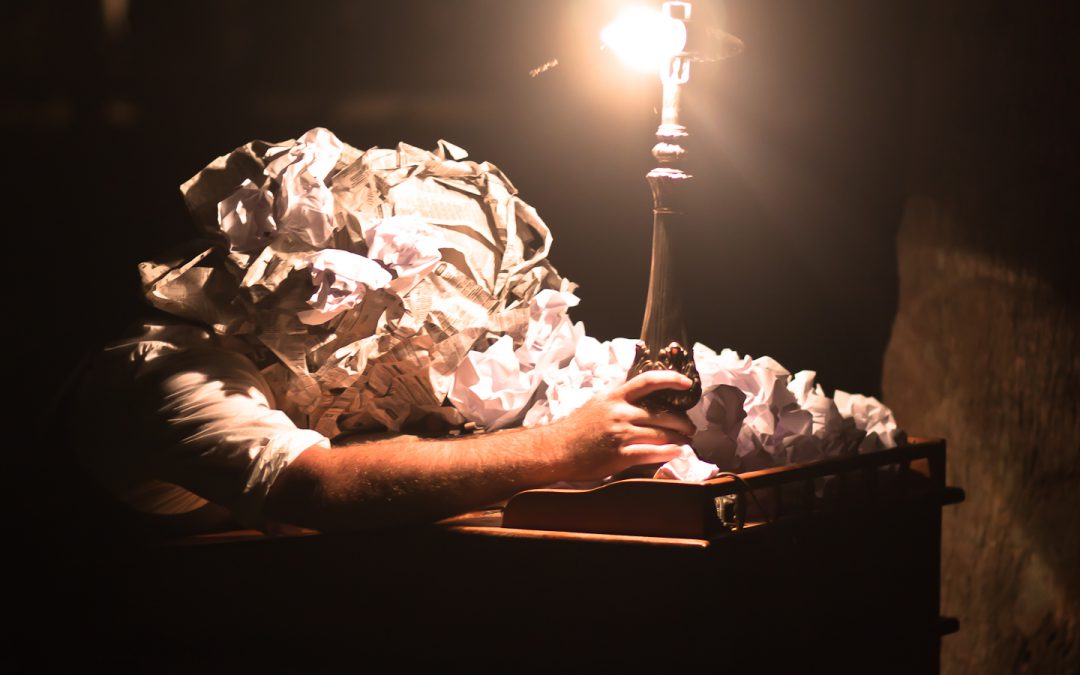 I just experienced, and conquered, my first “writer’s block.” Much has been written about the phenomenon, but I thought I could add my own experience and thoughts about it.

Some writers will tell you that writer’s block doesn’t exist. This is in fact very good advice, because it encourages writers to stop focusing on the problem, and instead focus on the solution.

Writer’s block does exist, in my opinion. But it may not be what you think it is.

Many people think writer’s block is this thing where the writer suddenly doesn’t know what to write. They’re stuck.

But I’m an outliner. My whole plot has been written–not to a huge amount of detail, but the basics are there. I know what to write, for the most part.

So for me, writer’s block means something is wrong.

This could be many things. Maybe the outline is bad–a plot point or a character or a setting needs to be changed. Maybe I didn’t follow my outline correctly. Or maybe it’s scene-level stuff: a character isn’t fully in viewpoint, the worldbuilding is failing, or I’m telling and not showing.

In my most recent case, it was two things. I had actually made a critical mistake–I had not followed my outline correctly. When I realized this, I at first resisted changing it. Maybe the new approach was better? After all, my characters had led me here. I’ve had lots of good things happen because of that. But the more I thought about it, the more I realized that the outline was right. I had to scrap a lot of words and fix it. That sucked.

Next, I had scene quality issues. I was doing all kinds of bad new-writer things in this recent chapter, even though I’d managed to avoid them for the first 13,000 words. My character wasn’t in viewpoint; I was telling and not showing. There was no milieu, no worldbuilding. It was just really shitty writing, to be frank.

This blocked me up, because I knew it sucked. I hate knowing something sucks and not fixing it. But I didn’t want to do a rewrite. I had to get the novel out.

But I was blocked. Not because I didn’t know what to write, but because I’d already written a load of junk. And I didn’t want to write any more until it was fixed.

The solution ended up being one I’ve used countless times in my creative career: a shower. The specific fix occurred to me during a shower today, in which I realized a simple way to restructure the badly-written scene without rewriting the whole thing. Problem brilliantly solved: suddenly my character was in viewpoint, my world was being built, and my scene was proceeding with more action and less boring description.

So how did I conquer writer’s block?

I didn’t so much push through, which is what most writers recommend; instead, I fixed the problem.

I’m not sure if this is always the right solution. It probably isn’t. But for me, my subconscious was nagging at me incessantly. It knew there was a problem. When this happens, sometimes your best bet is to go back and fix it as best you can.

Then you can get back to the business of writing.