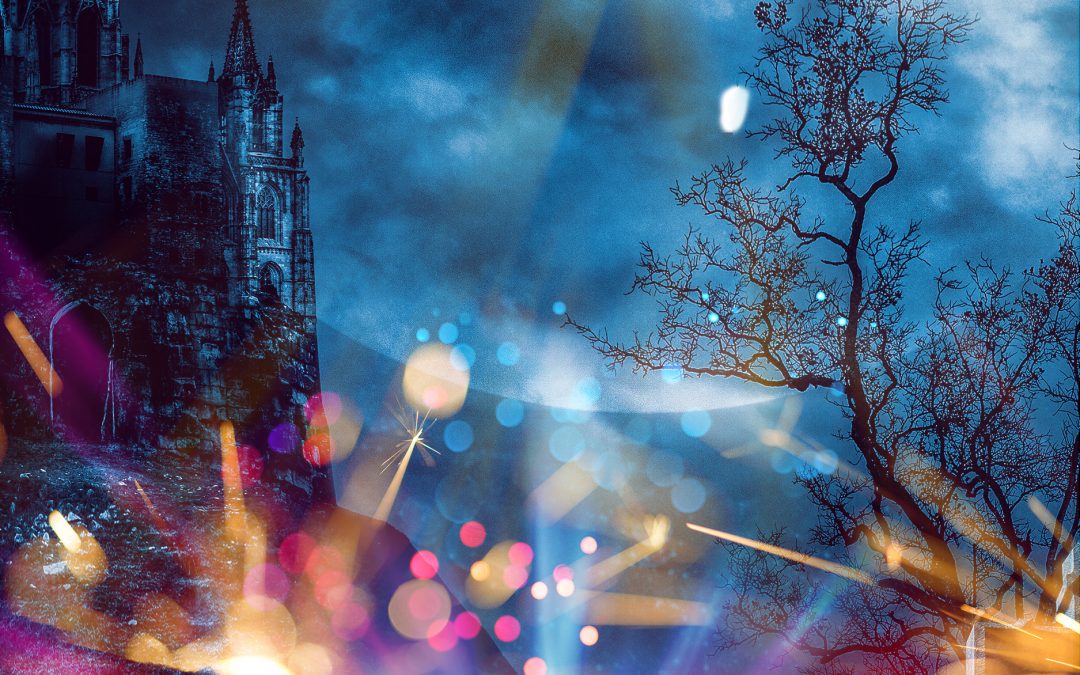 When I set out to write The Great Wish for a Good Spice Tea, I gave myself one goal: to create a compelling story using a magic system that should not work. At all.

And I may have even succeeded.

The idea is simple. Take the concept of deus ex machina—gods from the machine—and turn it into a magic system. Deus ex machina is a famous literary device originally used in Greek tragedies. Unsolvable calamitous events would stack up throughout the play, until the only solution was a godlike character rising up onstage via an elevator. This god would magically solve the plot, and the play would be over.

To this day, deus ex machina is looked at as a failing of plot. Something shows up at the end from completely out of the blue, neatly solving everything in one fell swoop. The moment isn’t earned. It isn’t foreshadowed. It involves no particular cleverness on the part of the characters. It doesn’t use any mechanics that have been previously introduced. It is, in other words, a really stupid idea.

Yup. That’s how magic works in this book.

One weird trick to a satisfying system

The biggest reason any of this works is simple: humor. When you have gods appearing out of nowhere to solve our characters’ problems, it makes sense to use the strangest, wackiest methods to do so. Like six hundred chattering ferrets, or a flood of Amazonian proportions. Like rabbits, or butterflies, or a big fat guy wearing a little red scarf. I decided to go all-in with strangeness: if I was going to routinely solve impossible situations with nothing but a single Wish, I would do so in the wildest way I could imagine.

The result is a lot of fun.

There’s one other reason the magic system in Spice Tea works: it’s internally consistent, following its own set of rules and mechanics. When you Wish for something, you earn a Consequence. That Consequence will kill you—unless you have the correct Counter. There are other rules involving the interplay of forces, Deus versus Deus. There are more advanced rules introduced later in the book. I took great care to create rules that were as ironclad as possible, although I intentionally left a lot of gray areas to give me plotting flexibility.

Three tricks, okay? Look, I never claimed to be a math wizard

The ending of Part One is tricky. I wanted to get all meta and actually use a real deus ex machina mechanic to solve the plot. But here’s the thing: I needed it to come out of the blue, but I also needed it to have been fully foreshadowed. It needs to feel like a huge twist that you don’t see coming, but which totally makes sense once you find out about it. Most good endings are like this, but in my case I needed it to work both literally and mechanically. I won’t spoil it here—that’s for you to read and find out.

This magic system shouldn’t work, but I did my best to make it do so. I’ll be covering the other techniques I used in future posts—everything that went into this book is intended to get you to swallow a system that on the face of it should never have been invented to begin with.

Did I succeed? I invite you into the world of Spice Tea to find out.