Broadway in review: Natasha, Pierre, and the Great Comet of 1812 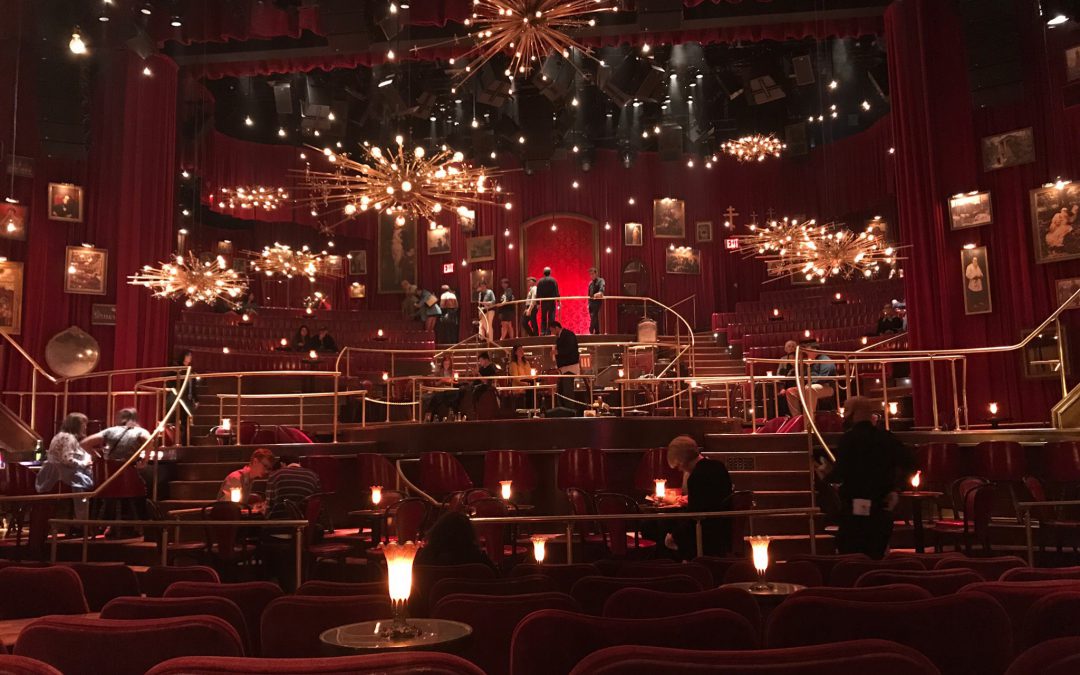 Natasha, Pierre, and the Great Comet of 1812 (Original Broadway Cast)

Putting the “opera” in “soap opera,” Great Comet is an interesting study in contrasts. It is earnest and tongue-in-cheek, classical musical opera à la Les Miserables and upbeat semi-pop cabaret, mournfully piano-driven and ultra-modernly orchestral, fancy opera and Saturday night dance rave. What you get out of it largely depends on your understanding of an endless parade of densely lyrical stanzas filled with names and places and overwrought emotions taken directly from Tolstoy’s War and Peace. This is probably the most impenetrably clever score on Broadway at the moment, featuring great use of chromaticism, microtones, extreme dissonance and some of the best vocal arrangements recently created.

The audience interaction is largely rote, but there are a few bits of cleverness I won’t spoil here. The technical aspects of the show are great, in particular the lighting, production design, and costumes. The orchestrations are clever but perhaps too out of left field for today’s sensibilities. The house of the Imperial Theatre has been completely rebuilt as a gorgeous immersive experience, constantly blurring the line between audience and performers. The show also has a huge cast of 31 players, many of which double as musicians.

As a study of history, it doesn’t quite live up to Hamilton (despite what the New York Times would like to think). As a musical, it doesn’t quite transcend its contrasts or quite tug on the heartstrings, but it’s a very unique piece of theatre that should be experienced by all. Unlike many of the other shows this season, I recommend learning this score in advance. I believe this one will grow in the telling.

The cast: Josh Groban (Pierre) is himself with a bit of theatrical flair—he does well, but there’s not much to say about him. Denée Benton (Natasha, nominated for the role) is a revelation in this debut role. I look forward to seeing where her career goes. Gelsey Bell (Mary) handles one of the most complex-to-sing songs I’ve ever encountered on stage, and one that certain audience members might mistake for being off-pitch. In fact her intro song (“The Private and Intimate Life of the House”) is microtonal, and she pulls it off to great effect. Lucas Steel (Anatole, nominated for the role) is the real star of the show, unabashedly brazen and with a glorious first tenor he’s not afraid to show off.

Verdict: I’m not sure if this show will go down as a classic (probably not), but it’s certainly an interesting and unique piece of theatre that most people should see if they get a chance. It’s not going to tour unless they re-stage it for a proscenium, so you should come on out to NYC to give it a shot.