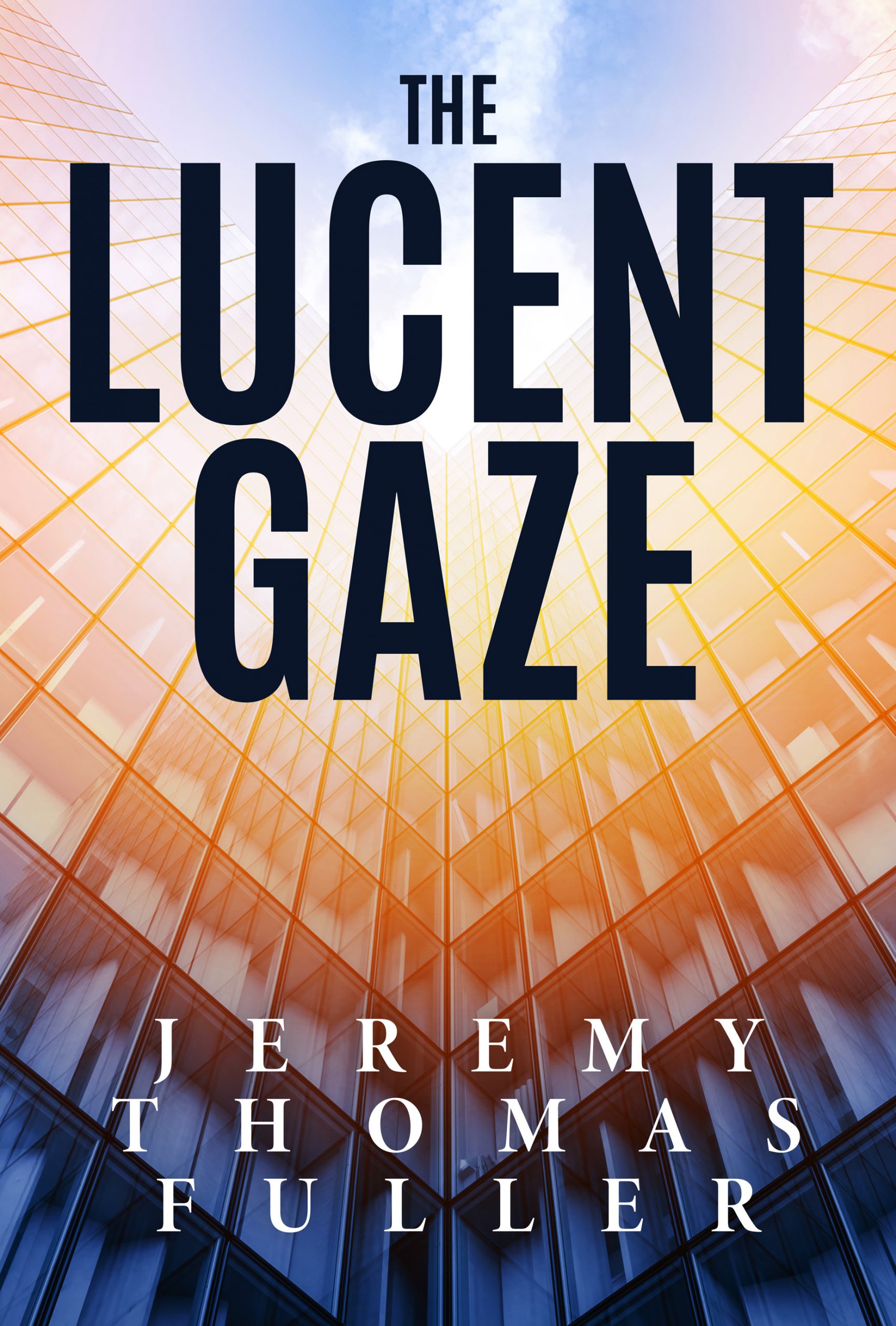 When Luciana created the Gaze, the world’s most popular augmented reality video game, she had no idea it would take over the world.

Then the Chinese attacked. The Treaty was signed. And the people of the United States were forced to install her infernal, brain-bending eye implant.

That was when things got weird.

Ten years later, reality has changed. Projectors are everywhere, bending non-visible light to hide secrets, to show pleasures, to re-skin the world at will. Now anyone can be anything they want to be.

Most people want to be Aer. They are the hottest celebrity in the Gaze, with over half a billion followers. But even Aer has their moments of weakness. When they lose their biggest corporate sponsor, Aer is thrust into the Enclave of the Blind—where they realize that the Gaze is far more insidious than they had ever dreamed.

I once tried dying in front of sixteen million people.

I watched my numbers going down as I did it, viewers shedding me like a skin they’d held too long. Death normally drew them in. It pulled them closer, like bumblees to rain. They liked their sodden wings, the visceral punch of a good, bloody wound inside the Gaze, a two-click show that hits them right where they need it most. Even though they know it might not be real, that it’s just a violence trick, they still can’t help the dopamine rush inside their thick mammalian brains. And when the world is all connected, when the performance finally stops, when the only true projection is how all their lives went wrong—that’s when it hits them.

That they love me.

That I love them.

That the world is theirs and ours and mine, that they no longer control the blood raging through their synapses. That the art and words and filtered light are only inches from the truth. Close, so close, but not quite there.

And so they try again.

At least that’s how it was supposed to go.

Dying in infrared used to be so much more effective.

I got a jection from my supervisor within minutes, of course. They weren’t going to let that performance slide, and well they shouldn’t. Hell, I was just as confused as they were about why my viewer count was so low. Maybe I’d chosen the wrong dress. Maybe they’d wanted pants.

“Aer,” they said, slate flickering briefly before it turned into the image of a tall person in a dark black suit, thrusting their chest out and looking down on me with disdain.

I was used to it.

“Oh, fuck off,” I said, flicking my wall to an image of the news. At least the news wouldn’t lie to you. Usually.

But the projection didn’t move.

I finally looked, finally deigned him with the pronoun he so obviously wanted. “It didn’t work.”

“No shit it didn’t work,” he said. “You realize that deathshows were a thing like…two months ago?”

I had to take a moment to appreciate how pissed off I was. “It was a moving performance.”

“It was boring. Seriously, Aer, you didn’t even bring in a fraction of your audience for this one.”

He was right. I should have had at least 200 million. I sighed, then immediately took it back and coughed instead. “It wasn’t fatal.”

“It cost you a hundred thousand followers.”

“Fuck.” I couldn’t help the curse that escaped my lips. His image was faltering, the jectors in the corners of my room having trouble tracking him as he paced. “Will you stop moving?”

“You’ve been a loyal partner for years.”

“And the SouthSea family has gained so much by having you here.”

“But that stunt just now…are you sure you’re okay, Aer? Do you need a mencom?”

A mental communicator would try to fix me, find the parts of me that didn’t belong. I didn’t need their virtual hugs. Projections of niceties weren’t the same thing as love.

“Well.” My sponsor seemed at loss for words. “I guess that’s everything, then. I wish you all the best.”

He signed off, his avatar blending into a formless slate before fading away completely. The Gaze registered his absence next: SouthSea Apparel, Inc. has unfollowed you. Great. Expected. Not really newsworthy.

Except that they were half my income.

I sighed. It happened, sometimes. My audience was fickle, like the lights outside my glass-paned windows. There was always something brighter out there outside the fringe, beyond the limits of my projectors. There was always something more: more urgent, more dangerous, more newsworthy, more true. Another avatar, another outfit, another lit projection that could finally make me belong.

But I didn’t want to belong.

So I flicked a switch, altering my image into something different.

He stood, looking down at his newly reformed body in the light. The Gaze had rendered him in browns and blues, a fancy leather jacket that held a fringe of purple around the edges. Nice.

“Call Boyega,” he said, and the wall system obliged.

Soon his boyfriend was standing in front of him.

“Ayr,” Boyega said, blushing visibly despite the projection on his skin. “I…uh…wasn’t expecting your call.”

“I just lost a hundred thousand followers. And my biggest sponsor.”

“Oh,” Boyega said, floundering. “Fuck.” Something was flickering at the edge of his image.

“I, uh. It’s just a bad time. I’m sorry about your losses. Was it a performance?”

“Jesus, Boyega,” Ayr said. “Get a grip on yourself. When will you lose the old mono act? We talked about this. It’s not cheating if you’re with someone else. Not for me.”

He didn’t say anything, but another person appeared in the projection. They were wearing a bra and panties and not much else. They were cute. “Hi,” they said, smiling.

“Hi yourself,” Ayr said. He was starting to get turned on. “I’ve kind of had a bad night. My whole death act didn’t sell a lot of shoes. Do you two want to come over?”

“It’s just that…” Boyega was having trouble getting his feelings out, apparently.

His friend wasn’t helping matters. “We’ve been told not to contact you,” the person said. Their cock was at attention, but they probably didn’t realize. Ayr hit a button to censor it—he wasn’t in the mood anymore.

“Why?” he asked, feeling dread enter his system. “Who spoke to you?”

“Just be careful,” Boyega said, reaching forward and tapping something outside of his projector. The signal disappeared, and Ayr was left alone inside his glass apartment, his jectors idle, silent.

The world didn’t need him. Not anymore. Not now.

He sunk into the Gaze, images flitting before him, letting the jectors lapse into a pure, white slate. I admired the shape of it, the sleekness where it met smooth skin, imagining how the light would play off the single piece of fabric. I could be anyone I wanted. I could look like anything.

Right now I would settle for a drink.