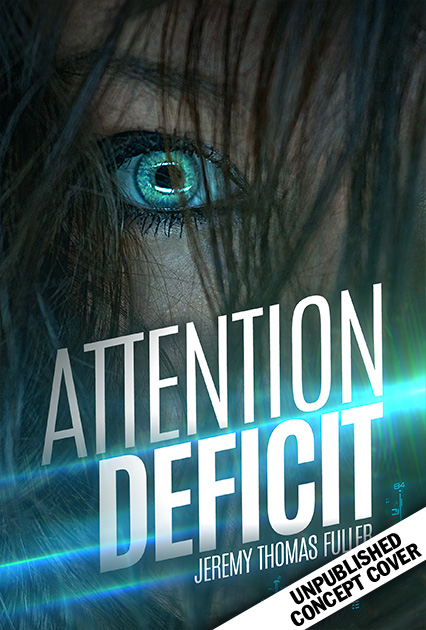 When the Lightning struck Boston, minds became entangled. A mysterious new form of energy awoke, allowing people to feel when someone was thinking about them. The resulting energy—called tention—quickly became a matter of life and death. If enough people thought of you, you could live forever. But if you lost too much tention, you'd be dead.

A lot of people died.

Mila is a sex worker who plans to live forever. She becomes a famous musician, earning millions of tention from her fans. But when a new form of killer—the Tention Thief—almost kills her boyfriend, she learns that Boston is not what everyone thinks. The city is being held in thrall, trapped inside a massive augmented reality program that was built to control tention.

Then she discovers something worse: her long-lost father is the mad scientist who created the Lightning. He intends to drain the city of tention—killing everyone—and Mila is the only one standing in his way.

EXCERPT    Here’s the first chapter of the book. Please note that this excerpt is intended for adult readers.

Sometimes one stray glance is all it takes to kill a girl.

My watch read sixteen bars as I jolted awake, sweat sheening on my pounding brow, knowing that the pit I felt deep in my stomach, that gnawing, yearning sense of emptiness, was about to do me in. So I did the one thing I probably shouldn’t have done.

My stomach heaved and I almost lost it right then, but I’d been at sixteen before. I’d developed the training it took to clench your guts, to look death right in the face, to pull your hair back and shut your eyes and hope to hell that somebody thinks of you.

But nobody was thinking of me now.

So I tottered, the world swimming around me like a simulation gone wrong, trying not to throw up all over the cheap pale blue linoleum floor. My heart was all erratic. My eyes hurt. If any tention left me, I’d be dead.

What a wonderful way to start a Sunday afternoon.

But I had to do something. I couldn’t just sway right here. So I lurched and almost fell and got to the kitchen just in time for the phone to ring.

It was Liza, of course, her face blurred. She wanted what she always did: I had to come in. I had someone waiting. I told her I would and that I just needed some coffee and a pill. She told me the guy wouldn’t wait.

So I staggered over to the closet, trying not to faint. I found something that wasn’t completely ruined and threw it on, brushing my hair back roughly. I caught my hazy reflection in the window and tried to look at my eyes, wishing for the millionth time that thinking about myself would help. But there was no juice, no bars.

You couldn’t give tention to yourself.

My stomach grumbled, but I had nothing to eat, and no coffee. So I waved a tea and choked that down as I tried to fit my sneakers on. My balance was shit—I fell over once before I managed it. The tea tasted like ashes, as if my soul had been charred along with my pride. Tention could do that to you, when it was bad.

I left the tiny apartment, heading down the elevator, making sure to turn on ghost mode as I did. My ayar lenses felt sharp against my eyes, like an eyelash or a fleck of dust. I blinked them away and hoped they wouldn’t stay that way for long. I needed a strong day, a day of taking. I needed to recover from my mistakes.

“Mila!” somebody called as I left the building, and I felt a little surge as his tention entered me. Who the hell would use my actual name? It wasn’t the doorman. I blinked again, seeing ghosts all around me. The lenses dropped an arrow over someone, and I clicked a tooth to remove the shroud.

The face became clear. Mikey, the mailman. A sweet guy. I gave him the briefest of glances before turning the blur back on, but already I could feel tention seeping out of me, returning to him. The exchange had left us net zero. Better than it could have been, I guess, but my watch still hovered at sixteen. I felt bile once more rising in my throat.

“What do you want?” I asked. Had to keep the conversation short, if I didn’t want to die.

But he was still looking at me—actually looking—and I could feel my juice creep up. Breathing came easier, my body warmer.

What was he doing?

“Saw you come in last night,” Mikey said. “Didn’t mean nothing by it, I was just on the block. Wanted to make sure you were okay.”

Mikey was old fashioned. He didn’t use the ayar lenses. He didn’t believe in the wireframe, in the ghosts and the blur. He wanted to see things as they were, I guess. He wanted a real connection with the world. A connection most of us lost long ago.

It was a marvel he wasn’t dead already.

“Mila.” He let the sentence stop there. I could feel his tention pouring into me, enough to quicken my breath. Most people won’t call you by name—it gives you too much juice—but Mikey was different. He always liked to call me like I was. I wondered where he got his power from.

I stepped forward, keeping the blur on, seeing the mailman as a body with a ghost for a face. I put a hand on his arm, feeling the tention loop as we focused on each other. My heart fluttered for a second as the feeling coursed through me, then I lifted my hand. He wasn’t a john.

I turned and left, sensing his disappointment. My watch ticked up a few bars as he watched me go.

He’d be dead soon, if he kept that up.