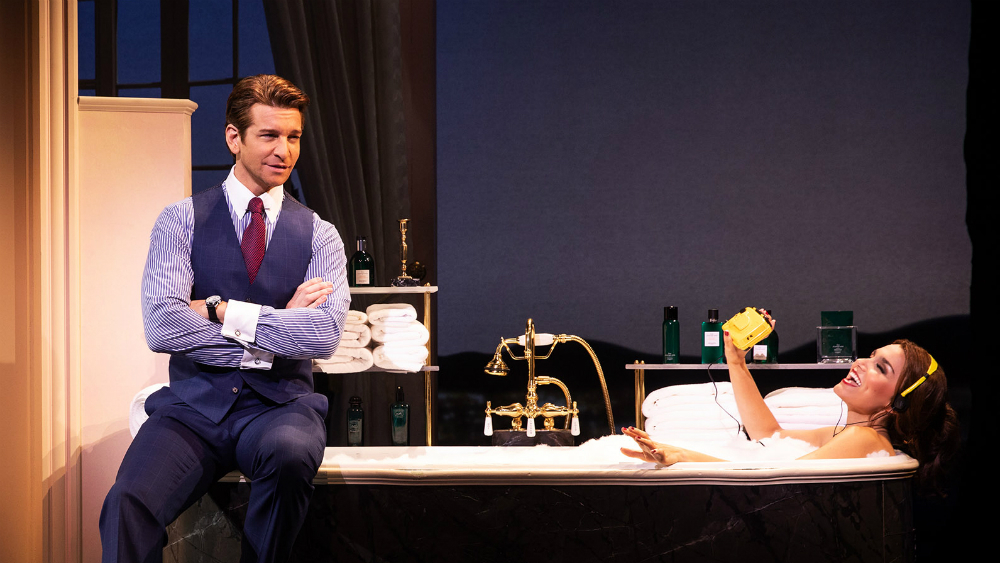 Look, at this point I just don’t feel like beating around the bush. The writing sucks. Not only is there a massive missed opportunity to reformulate the story to make it more of a female empowerment tale instead of the dated Cinderella story that it is, but also the score sucks.

It’s a four person composition team (two on score, two on lyrics). Folks, this is indicative not of a working compositional structure, but of writing by committee. The result is one of the worst scores currently on Broadway.

What’s crazy, though, is that this team actually does have the ability to write. “Anywhere But Here,” Samantha Barks’ “I want” number, is actually good! But it’s the only good song in the show, unfortunately.

So. We have a plot that is almost entirely lifted from the movie. We have a score that sucks. What does that leave us with? Performances.

Samantha Barks is amazing. She channels the essence of the original character effortlessly, and her vocalization is so incredibly powerful at every point.

I’m a big supporter of Andy Karl, especially in Groundhog Day (his perfect role), but even I have to admit that he just isn’t a very good vocalist. While he plays the character in this show well, his singing just doesn’t hold up. We needed somebody better.

I don’t think I have much else to say. There’s nothing particularly great about this show, unless you want to see Samantha Barks live. This is totally worth it, and I recommend seeing it just for that, but you have to do it quickly. She’s leaving soon.