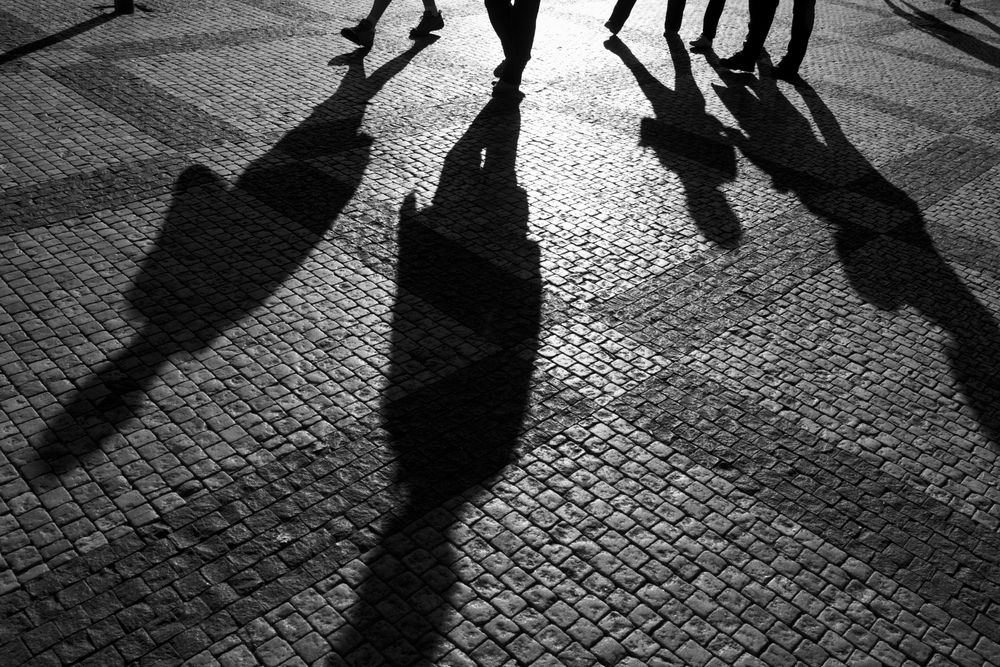 Allow me, if you will be so kind, to coin a new word.

As authors, we’re trained to always foreshadow. This means we drop hints to the reader in advance—preferably three or more times—that something is going to happen.

Foreshadowing can also strengthen your work because of plot doubling, a trick I use often. Plot doubling is a term I learned from David Farland. It happens when you use the same plot twice, but the second time is stronger than the first. It allows you to amplify situations and create resonance.

But foreshadowing can be tricky. If you know every single thing that will happen in the book—in great detail—you should be able to layer in foreshadowing as you go. But most of us don’t know every detail. That would require a level of outlining a bit deeper than many authors go. Or—worse—your book falls flat because you forced yourself to stick to that outline, doggedly refusing to do anything off-script.

But going off-outline is inevitable. What so often happens, then, is you fail to foreshadow properly during your first draft, thus necessitating complicated additions and rewrites to add it all in afterwards. Every work is going to require some of this, but it’s a pain.

Make no mistake: foreshadowing is incredibly important. But I would argue that it can be better for your work if you try something I like to call backshadowing.

Foreshadowing is the art of knowing in advance what plot points or mechanics you need, and placing at least three allusions to it earlier in the text. Backshadowing is the opposite: putting things in the text that are awesome or feel right, but have no known purpose—then, later in the manuscript, you find that purpose.

Joss Whedon is known to do this with his writing. He’ll drop random things into early episodes of Buffy the Vampire Slayer, for example, without knowing exactly what those things are for. They’re just cool. Then, later, he’ll figure out a way to develop those things into something that actually is cool.

The effect this has is incredible: it results in very strong foreshadowing for the reader/viewer. But the author didn’t have to know in advance what the thing was for! Plus it allows you to go off-outline without having to rewrite the book.

Let me give you an example. In my book The Prime Awakening, the main magic system uses—you guessed it—trees. The wood of trees, specifically.

Early on in the book, I have a character named Arra who tries to use the magic. She takes a piece of wood in her hand and concentrates with all her might, hoping to activate the magic. She fails, but not before something very strange happens.

She sees a face grimacing in the dark. The face looks at her, and it is evil and strange and very unexpected. She falls to the ground, suddenly afraid. The magic fails—but what was that face? What does it mean? Is there something trapped inside the wood?

Here’s the thing: none of that was planned!

In fact, when I wrote that scene, I had no idea what the face was for. I just put it in because it seemed really interesting at the time.

Did I eventually figure out the explanation to this strange occurrence? You bet I did. And it’s awesome. In fact, the face in the wood very literally became the reason the series exists.

I ended up doing this kind of thing several times, and eventually I realized I was unconsciously building an entirely new magic system that underlies the whole series, empowering everything. None of that stuff was in my original outline or plan. It had all arisen organically because of things I had added—just because they were awesome.

I figured out what they were for later.

After a while, I began to catch on that this was a technique I was accidentally using, but that was very powerful.

So I started doing it on purpose.

It got to the point that in the Epilogue, I wrote several totally random things which had no known purpose. They just seemed cool. They fit. And guess what? My outlines for books 2 and 3 now take those things into account—and they’re very cool. (Note from the future: after writing this post, the structure of the series drastically changed. There are no epilogues and there are 9 books instead of 3. But you get the idea.)

It makes me look really good at foreshadowing. But, in fact, some of this wasn’t on purpose at all.

The one thing you can’t do—and this is very important—is forget about the new things you’re adding. If you add them and then forget, you’re making a very newbie mistake. You’re creating what is often called a smoking gun, or what I like to refer to as a dangler. It’s a thread that dangles, having no purpose.

But don’t be too afraid. You can clean up danglers when you revise. In fact, that’s one of the essential things you must do during revision.

As you’re writing, try letting yourself explore a bit. Don’t be afraid to introduce new mechanics, new settings, new mysteries, without having any idea what they are. But remember them, because the real magic happens later, when you develop those things into what they are, what they mean.

It’s surprisingly easy, as long as the things you introduce are true to your characters and your world.

And you might end up with something super awesome, without knowing it in advance.