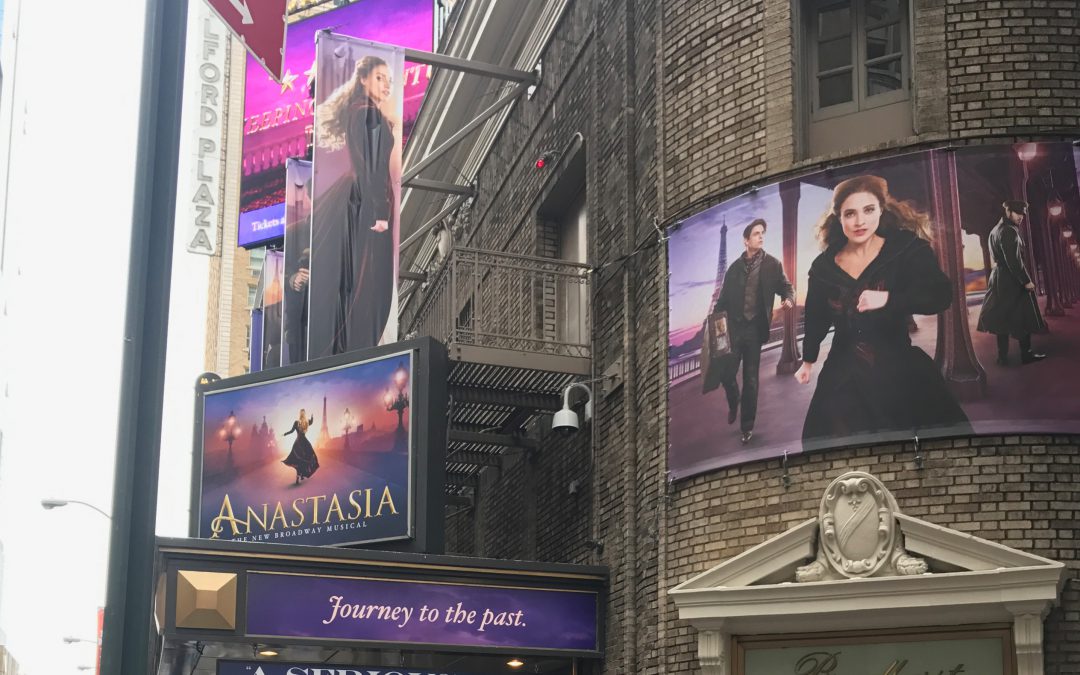 This show has a great cast, but it’s a dud from a writing perspective. Despite significant changes from the movie, Anastasia still suffers from the most fatal flaw: it’s not a story that needs to be told. A great score could rise above that problem, but this show does not have a great score. It has ho-hum scenic design that makes obvious use of projections, and similarly ho-hum costume design and lighting. The plot still retains many of the flaws of the original, and actually manages to add one: they deleted the very important scene with Anya at the crossroads in the snow at the beginning. This is the audience’s only opportunity to establish sympathy for the character before the plot begins. I think some major changes to Act I might have made this show work, but maybe not. Still, like I said, the performances were stellar. Welcome to Broadway.

The cast: Derek Klena (Dmitry) is relatively unknown (though he did appear as a Wicked replacement). This guy is gonna go far. He’ll be everywhere. Ramin Karimloo (Gleb, a new character who replaces the ridiculous supernatural villain with a normal villain in this version) continues to be incredible. Go to shows he’s in.

Rating: Meh out of 5 stars

Verdict: Skip unless for some reason you really really love the terrible movie it’s based on

NB: Many theatregoers around me loved the show, and some were even in tears as they left. This show does work for many people, so take my harsh criticism with a grain of salt. My bar is high.