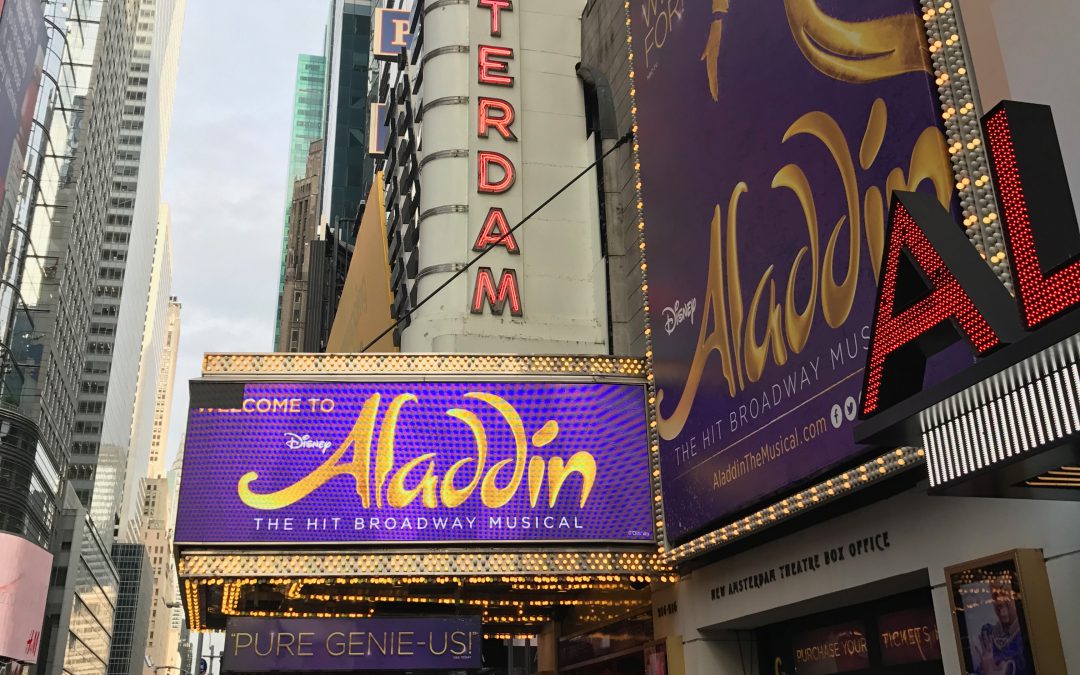 This is the show Charlie should have been. Disney doesn’t crow about capitalization, but they must have poured copious amounts of money into it—and it shows. There are 337 costumes in this show, the vast majority of which are quick-changes (10 seconds or less, several of which occur instantly on-stage). 84 illusions, lots of pyrotechnics (a theatre rarity), and the most invisible three dimensional fly system I’ve ever seen—it all amounts to an amazing experience. Add in a lot of sets, at least 5 lifts, and one of the coolest automated set reassembles I’ve ever seen—plus lots of humor, a fantastic expanded score by Alan Menken, Tim Rice and Chad Beguelin, and you’ve got the recipe for one of the most magical family-friendly shows on Broadway. Right now this is my favorite Disney stage show, eclipsing even The Lion King.

I saw this in Seattle when they were still trying it out, and it didn’t really work back then. The show has gone through massive changes, and a great deal of extra money was clearly put into it. The end result works quite well, as evidenced by its continuing run: this show was originally not intended to ever transfer to Broadway.

The cast: Jacob Dickey makes his debut here as the replacement for Aladdin, and he does quite well. I ever-so-slightly prefer Adam Jacobs, but Jacob is almost indistinguishable. Major Attaway also makes his debut as the replacement for Genie, and honestly I like him more than James Monroe Iglehart (who won a Tony for the role). Courtney Reed continues to be horrible as Jasmine, and if I had one wish I’d get her to quit the show so we could get someone better on board. It’s always good to see Jonathan Freeman (Jafar) do his thing on stage.

Verdict: Love Disney? Have kids? Like to have fun? See it.

A quick note about touring: based on what I saw at the Broadway version, I believe they will by necessity cut the show down for tour. Many touring stages can’t accommodate lifts, they may not have the wing or flyspace necessary, and the general space restrictions for touring might preclude the number of sets and costumes. So as always, for the full experience you need to go to New York.